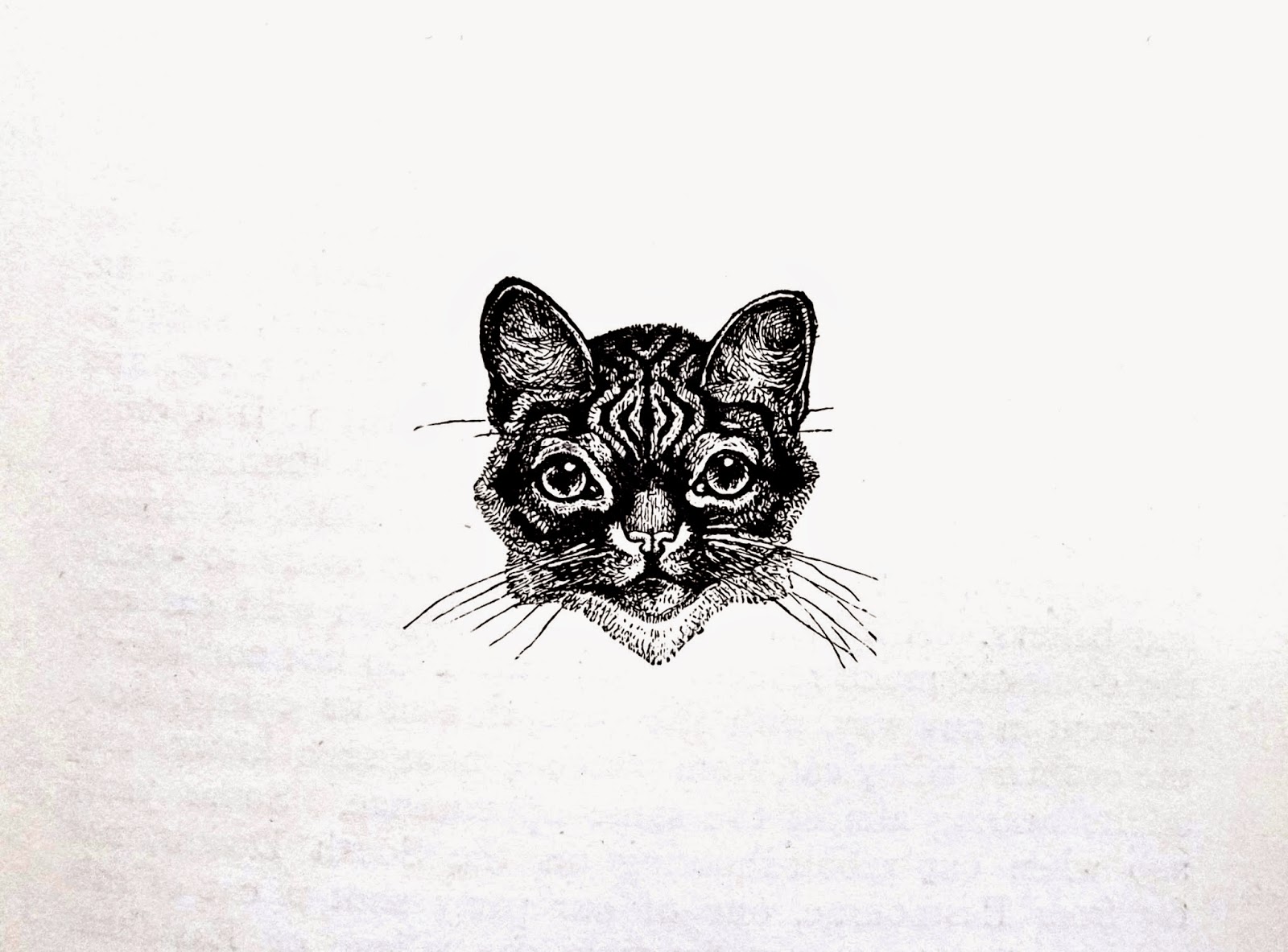 This is a very indulgent post as it is a well know fact amongst all who know me than I am a little [just a little mind you] cat MAD. Therefore I couldn't resist photographing this selection of wonderful and [in some cases] bizarre illustrations of cats from the book "Our Cats and all about them" written and illustrated by Harrison Weir in 1889.

My personal favourites are the surreal disembodied heads, "Sylvie" [she of the magnificent moustaches] and the Russian cat who [in my opinion] has a most unsettling human expression. 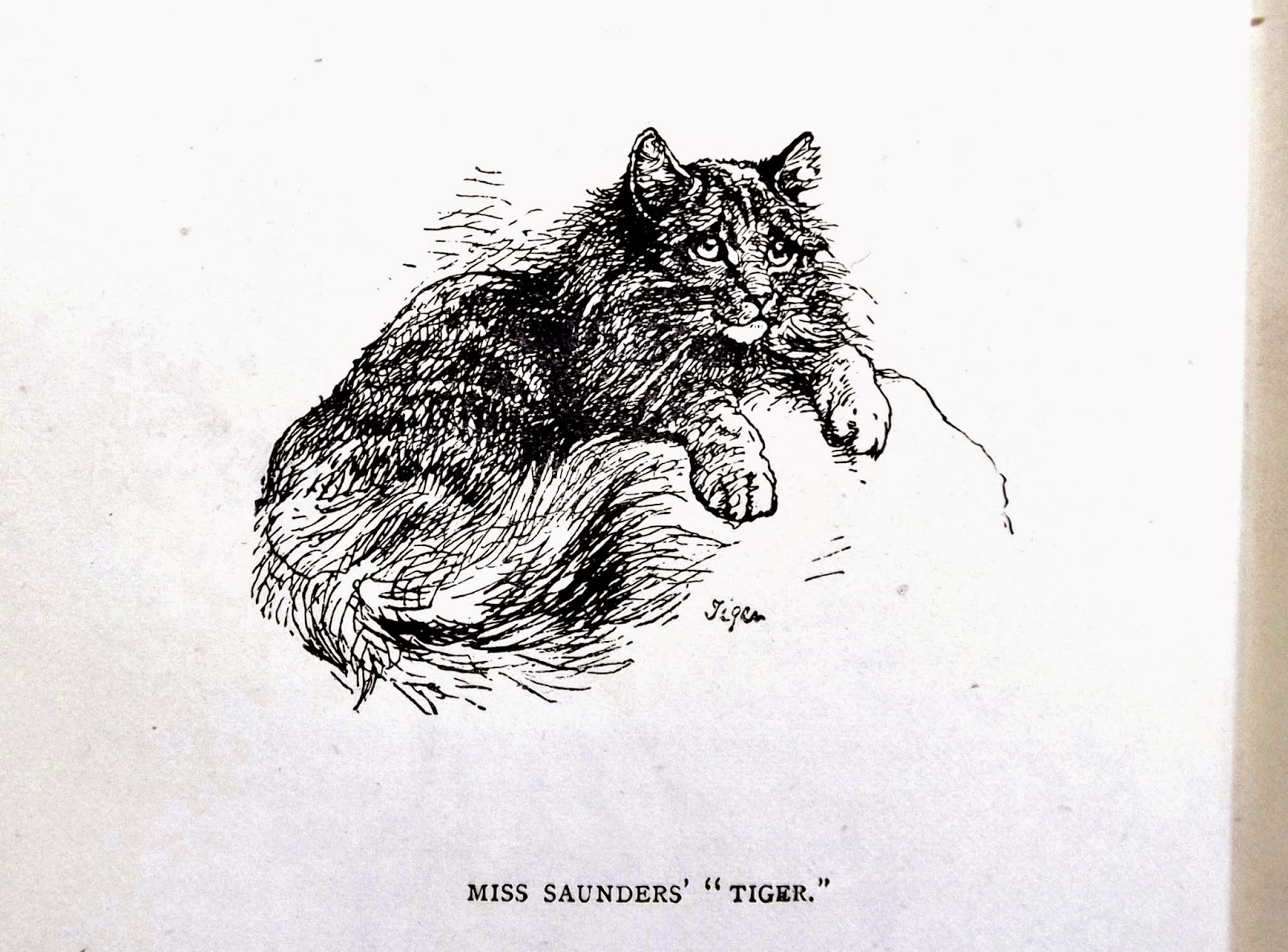 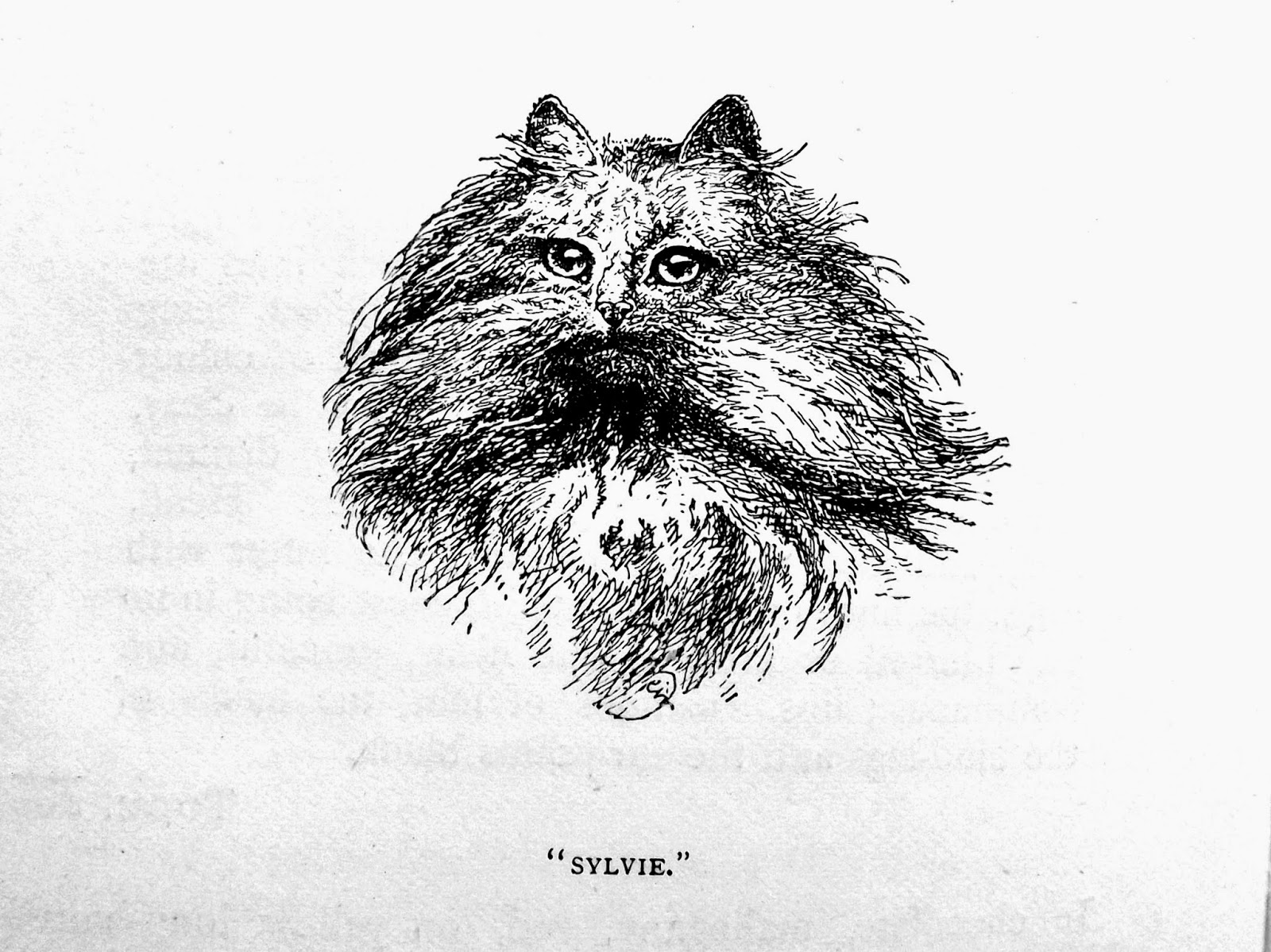 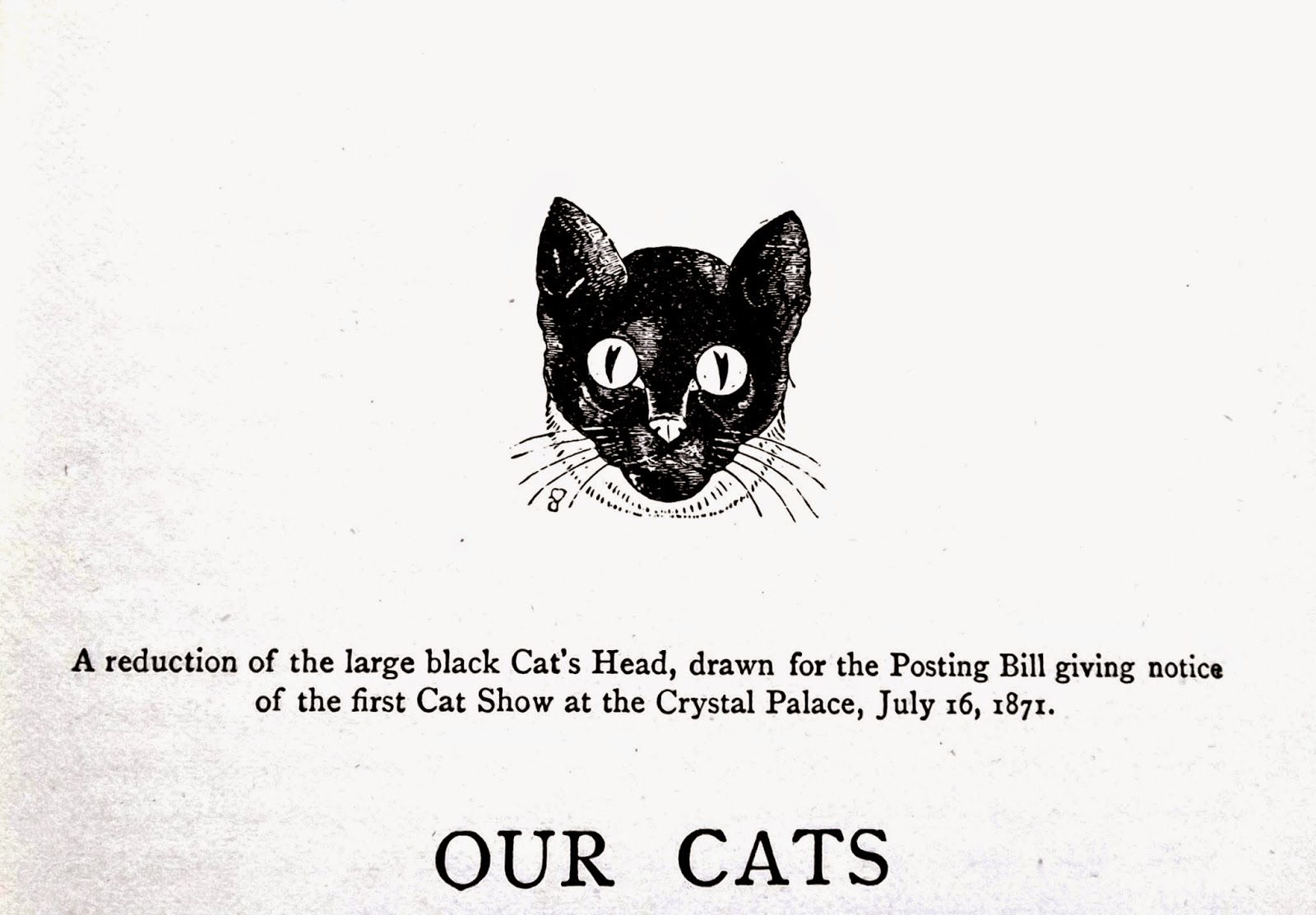 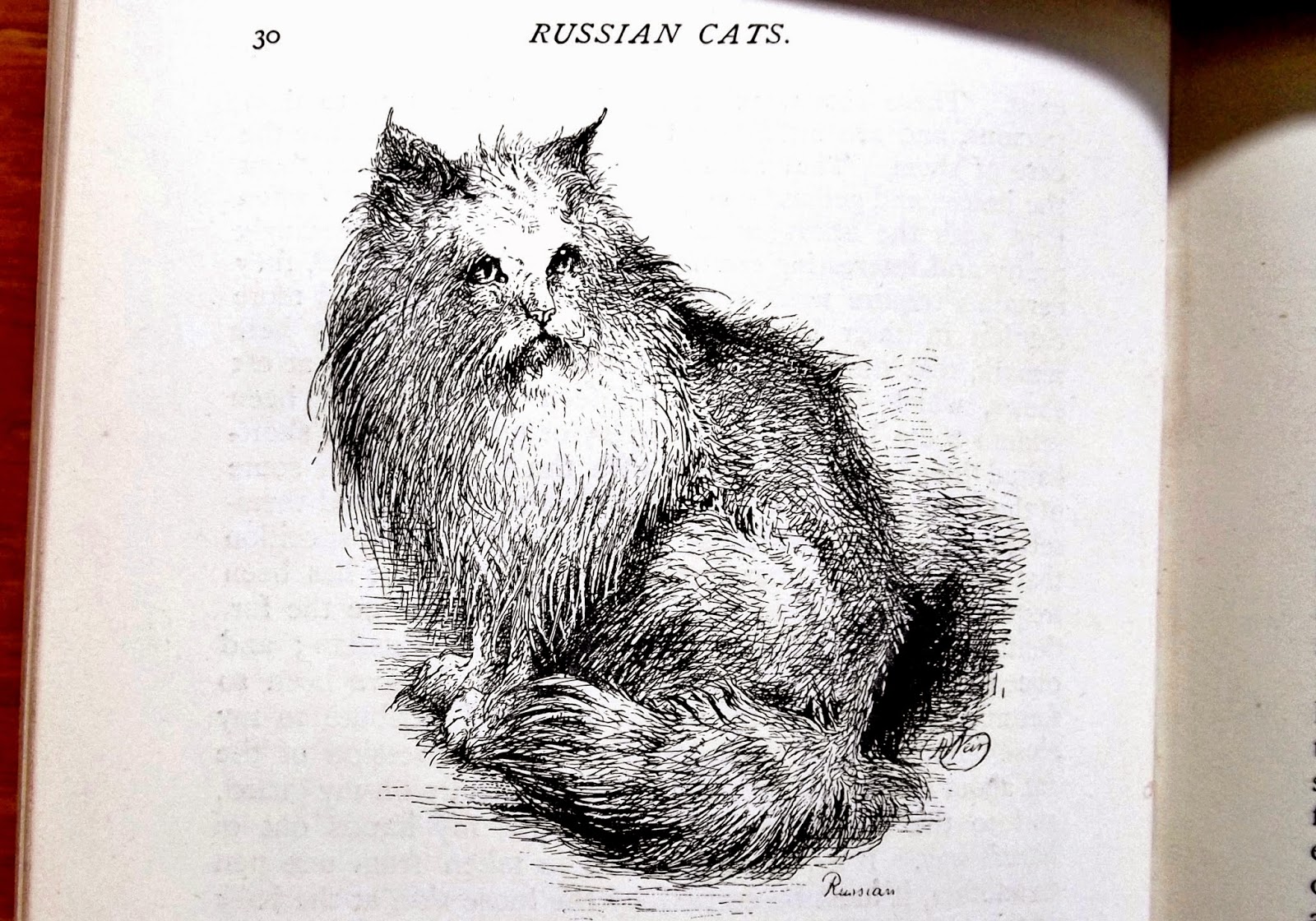 Weir was a very interesting character; he was born in 1824 on May 5th [d.1906], and is known as "The Father of the Cat Fancy”. He organizied the first ever cat show in England, at The Crystal Palace, London in July 1871 where he and his brother served as judges. In 1887 he founded the National Cat Club and was its first President and Show Manager until his resignation in 1890. Our Cats was the first published pedigree cat book.

Weir was employed, for many years, as a draughtsman and engraver for the Illustrated London News as well as many other publications and in his lifetime he both wrote and illustrated other books such as The Poetry of Nature (1867), Every Day in the Country (1883) and Animal Studies, Old and New (1885). In 1845 he exhibited his first painting at the British Institution and during his career he was an occasional exhibitor at the Royal Academy.

He was a keen animal fancier, an experienced breeder of cats, carrier pigeons, and poultry and for thirty years often acted as a judge at the principal pigeon and poultry shows. In 1903 he wrote and illustrated the exhaustive book Our Poultry and All About Them.

More information on Harrison Weir can be found via the following links: 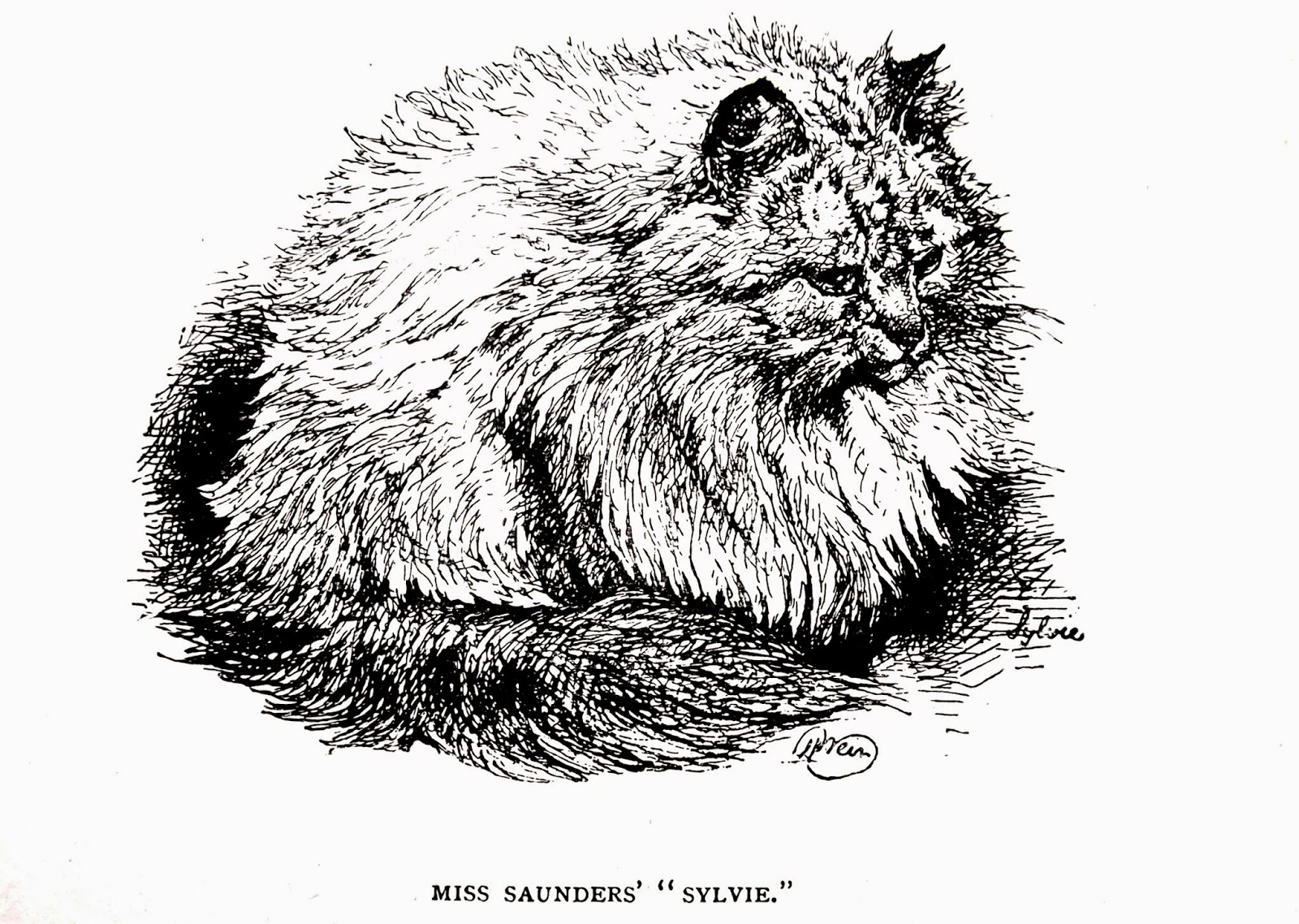 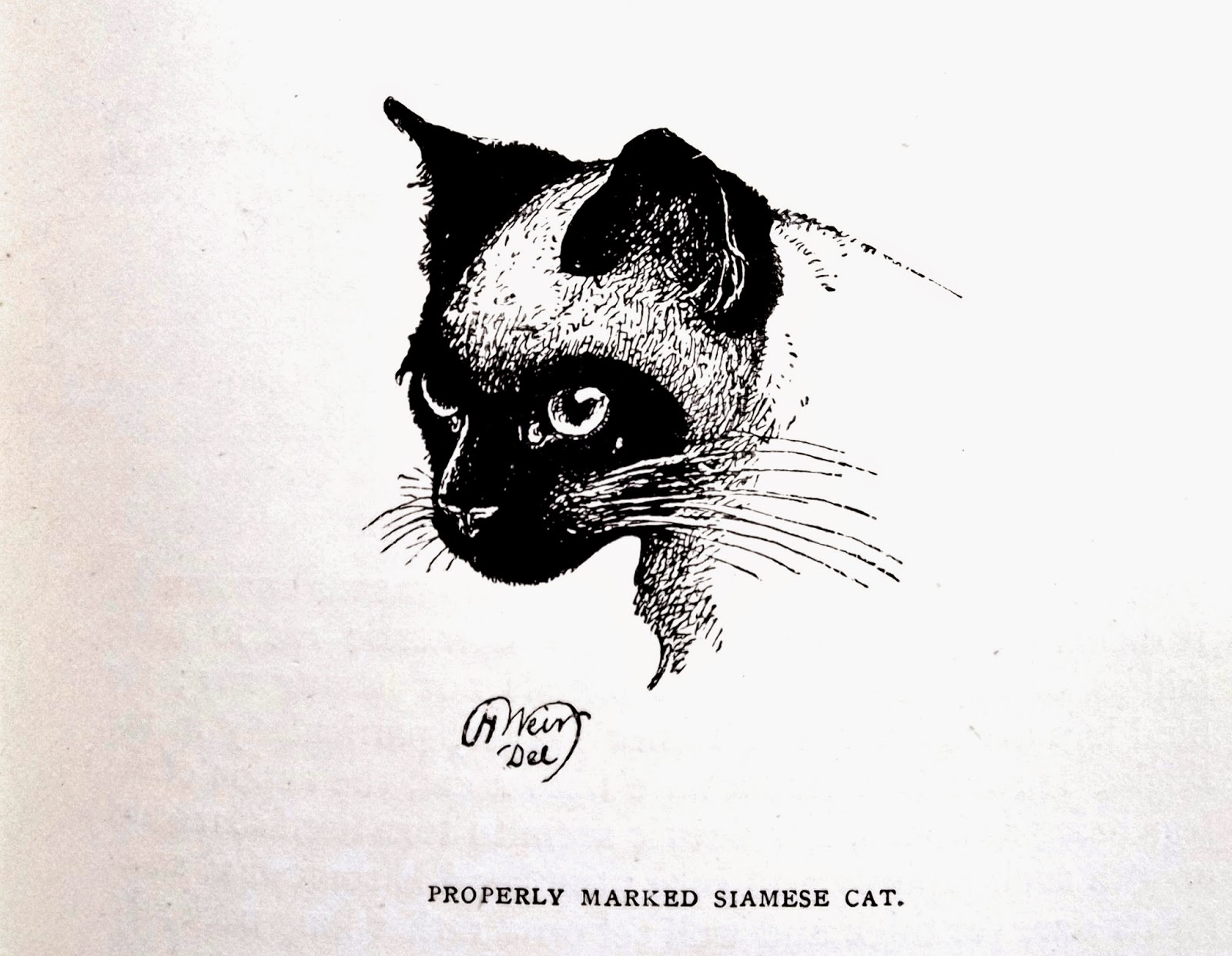 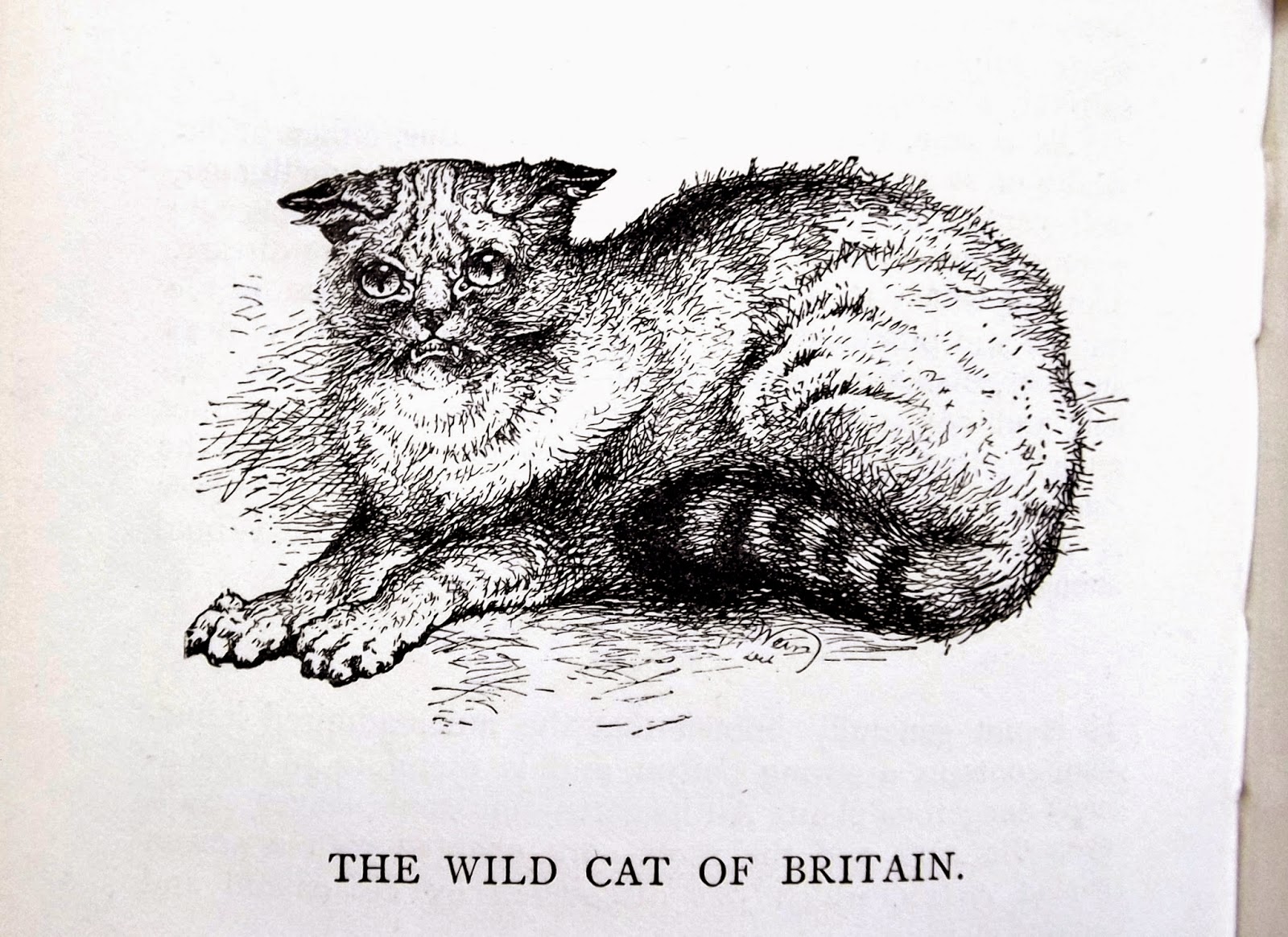 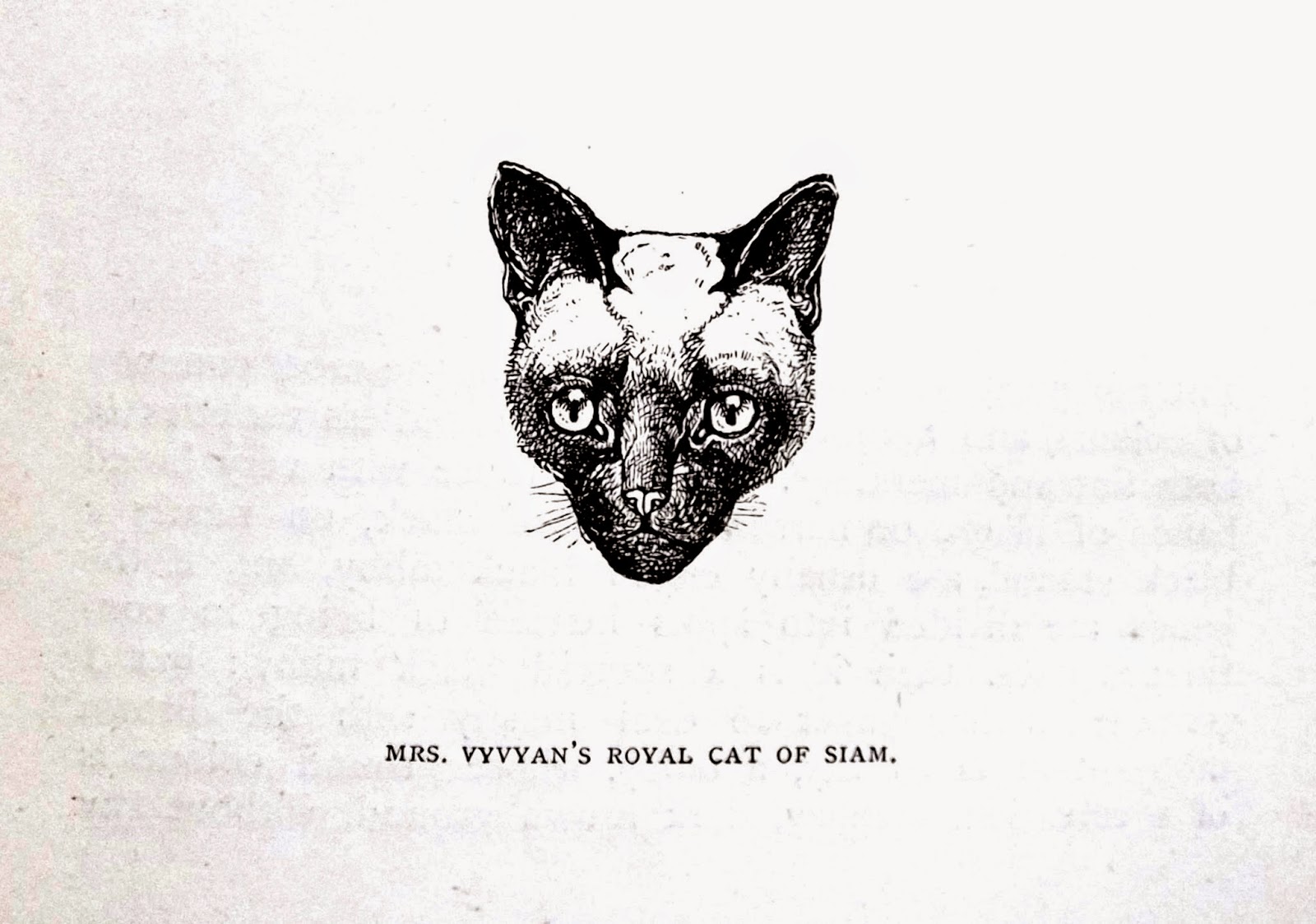 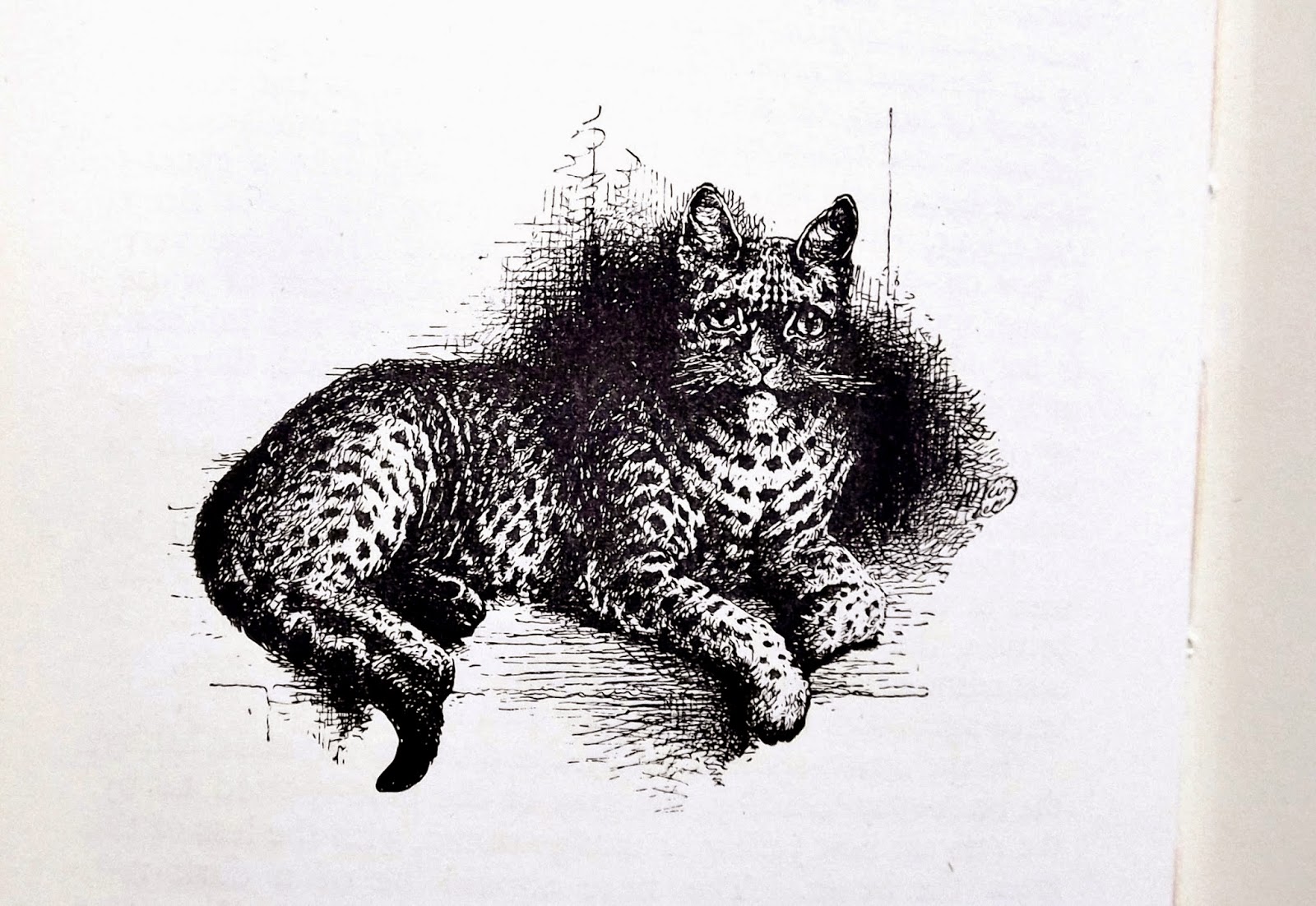 This book was bequeathed to the Library back in May 1916 along with around 500 other books by the Welsh artist, champion of Wales’ cultural heritage and one of the founding fathers of Amgueddfa Cymru – National Museum Wales, Thomas Henry Thomas. Along with the books, Thomas also bequeathed his entire catalogue of prints, drawings and watercolours to the Museum. 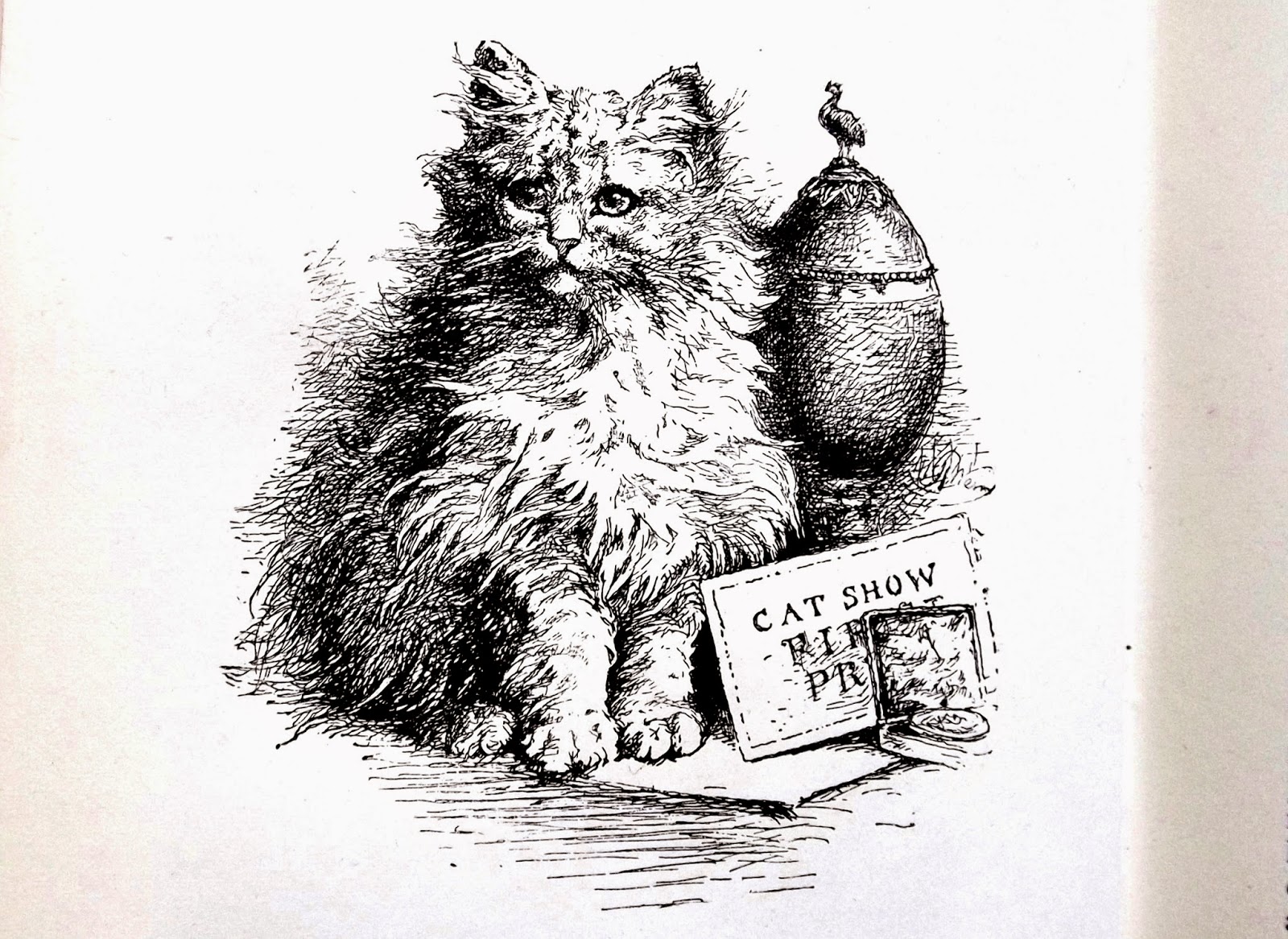 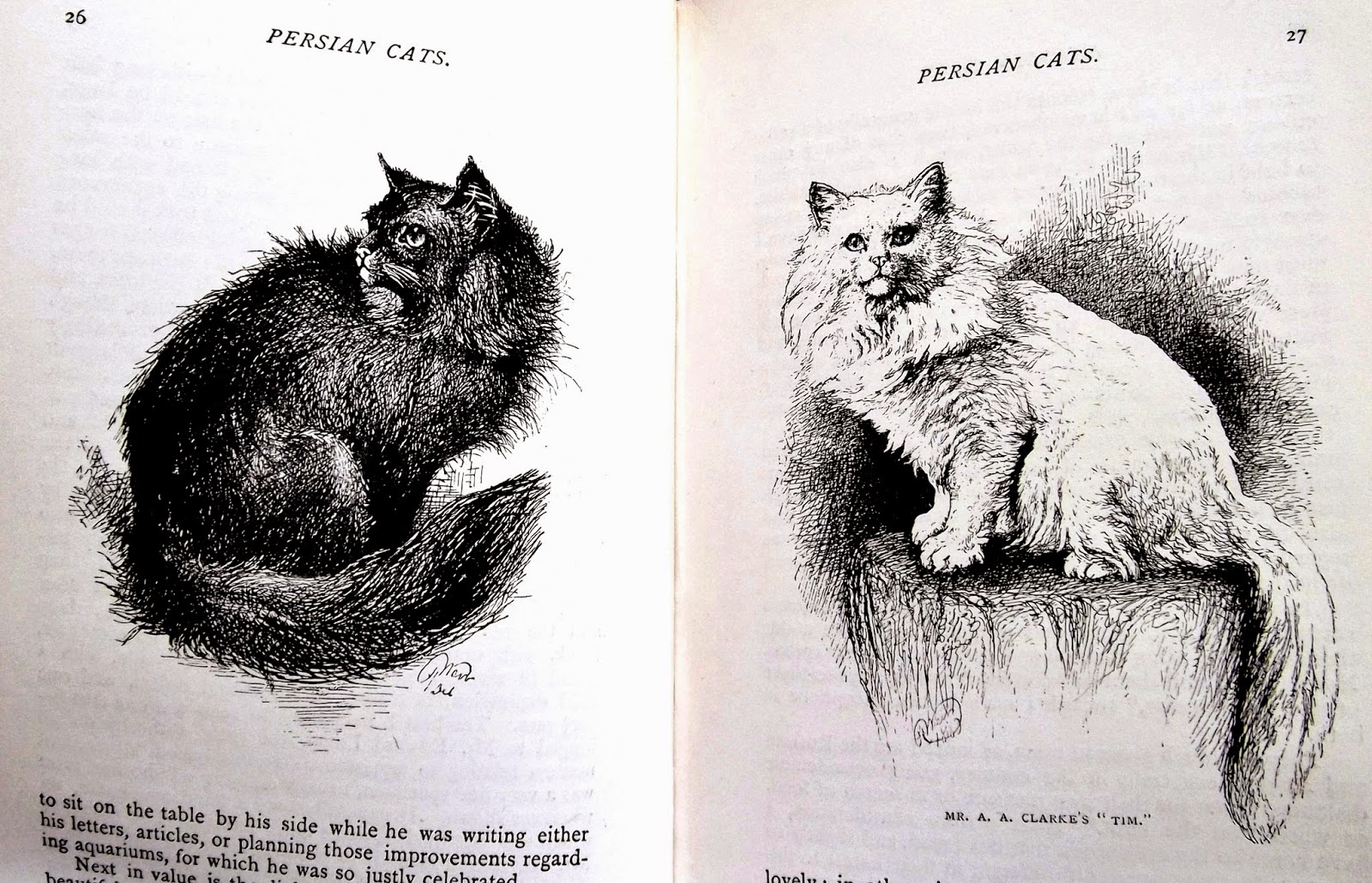 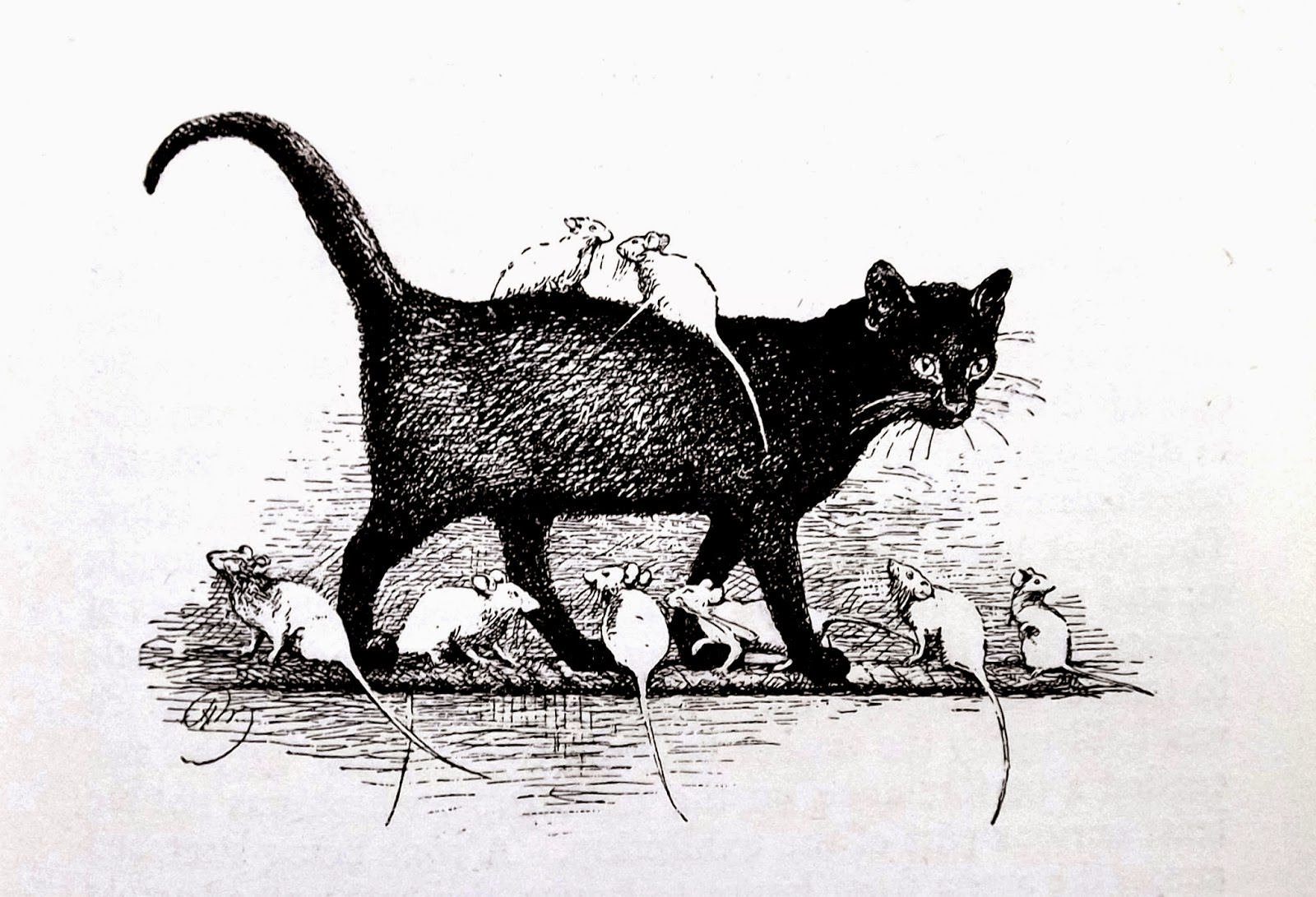 The illustration above appeares in the Chapter "Performing cats". Other chapters include, "Cats as tormentors", "Dead cats", "Fishing cats" and "Lovers of cats" [would you believe... Cardinal Richelieu?]. 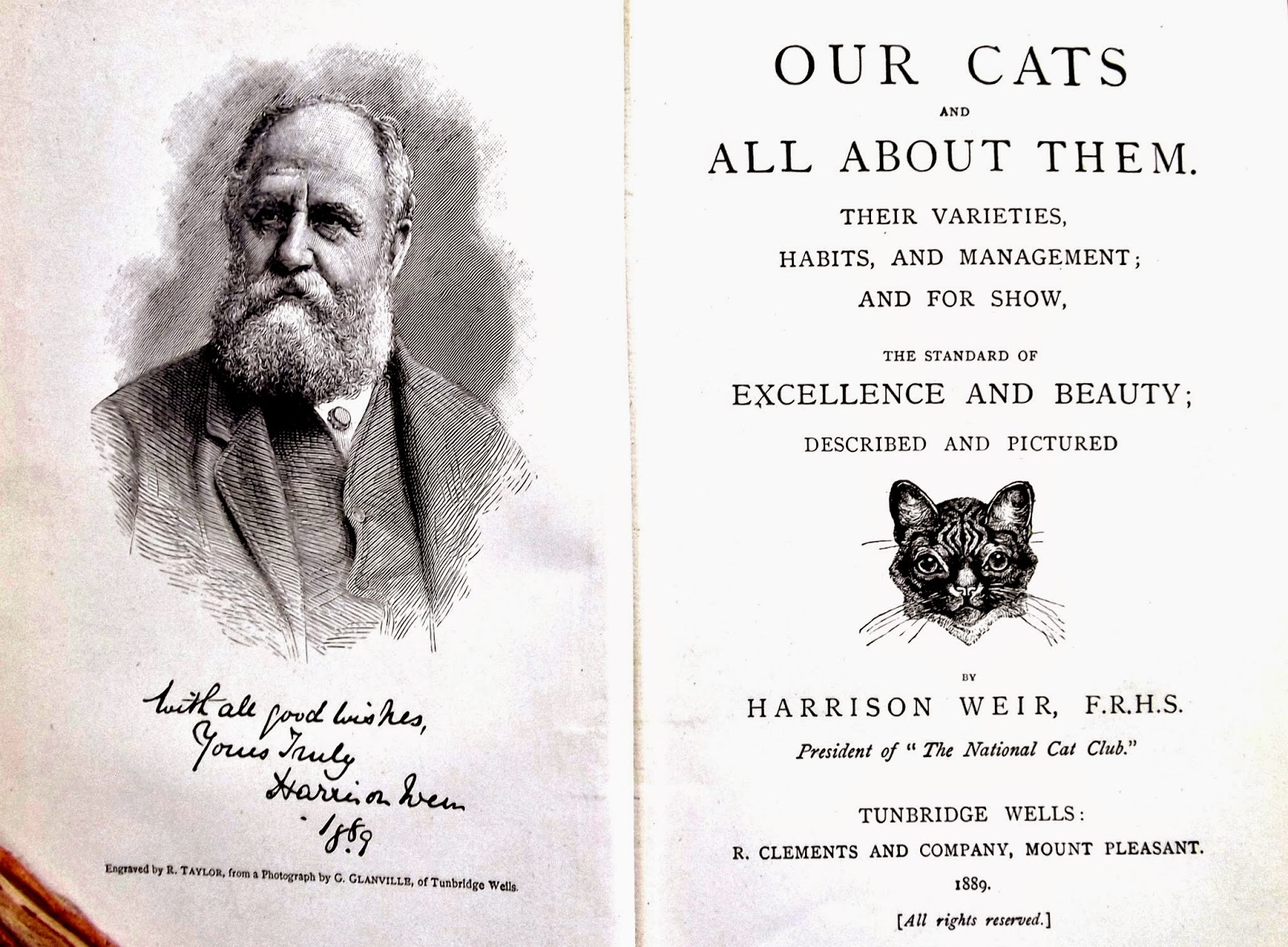 This book is available to view electronically via the following Project Gutenberg link:
http://www.gutenberg.org/files/35450/35450-h/35450-h.htm#Page_37 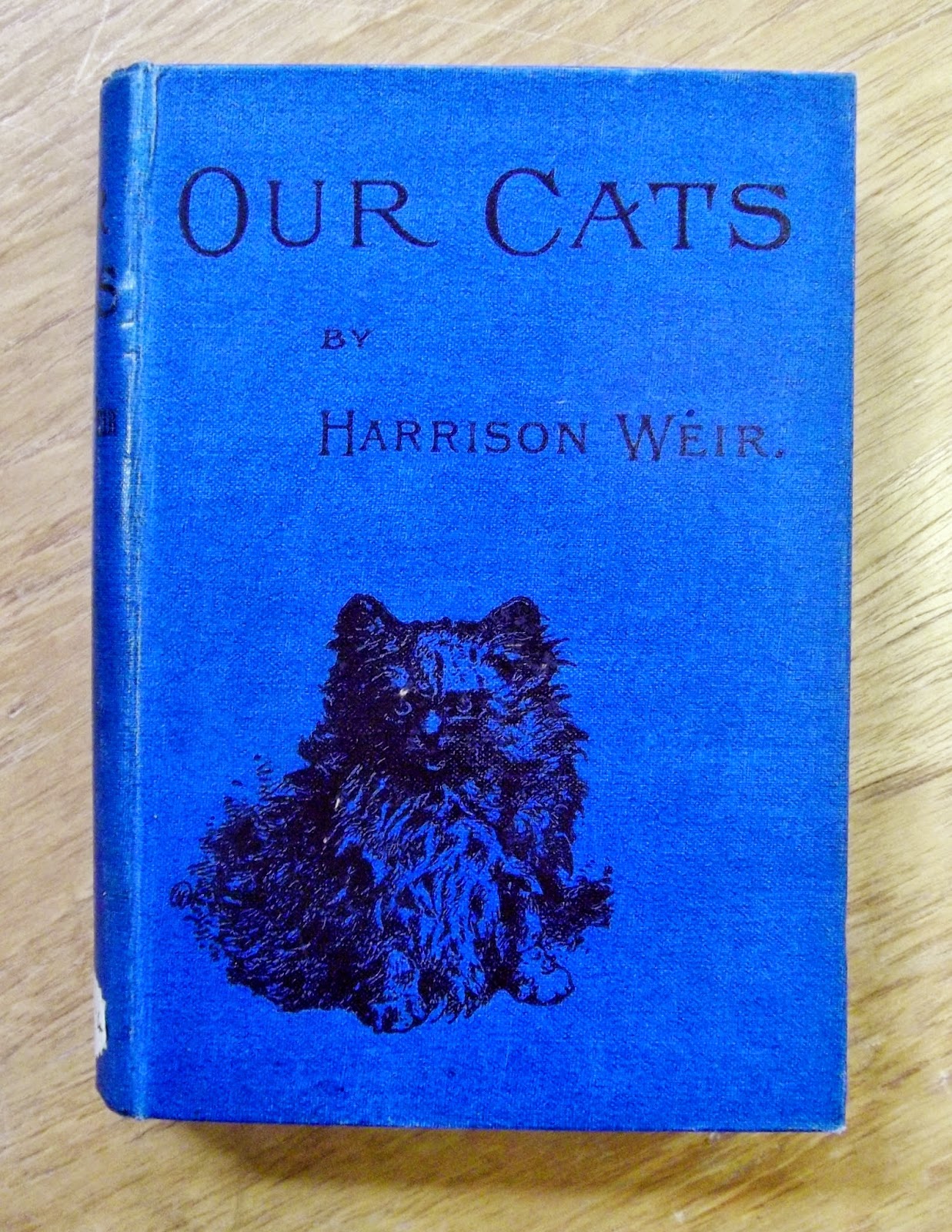 Biographical information on Harrison Weir taken from Wikipedia.
All photographs in this post taken by the author.
Posted by Jenny at 14:00