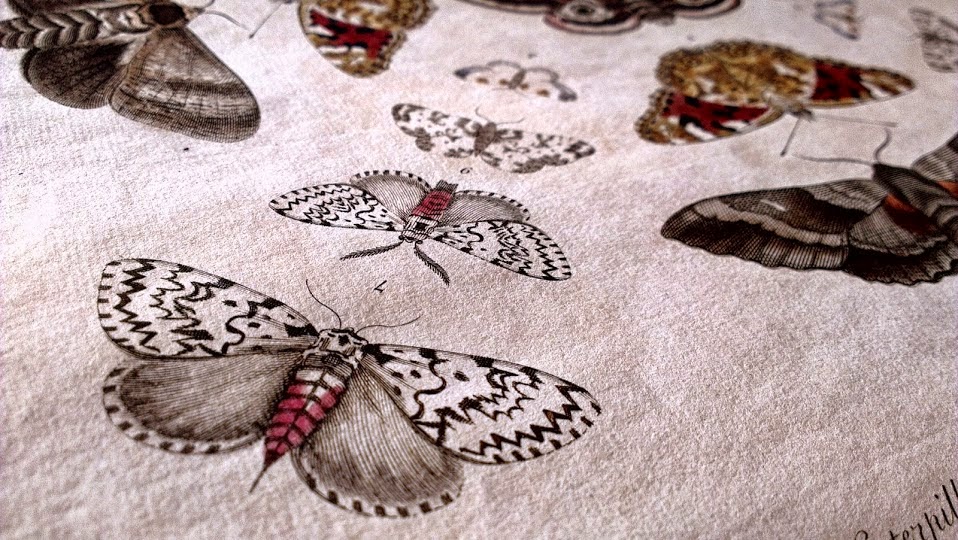 The following photographs are from the book, Twelve new designs of English butterflies, by Benjamin Wilkes [published in 1742]. This rare work consists solely of twelve engraved plates each depicting geometric arrangements of both butterflies and moths. Wilkes produced this profoundly beautiful work as member of the Aurelian Society. Aurelian is an archaic word for lepidopterist [one who is interested in butterflies]; the term is derived from aurelia, meaning chrysalis, and relates to the golden colour it may attain just before the butterfly emerges. 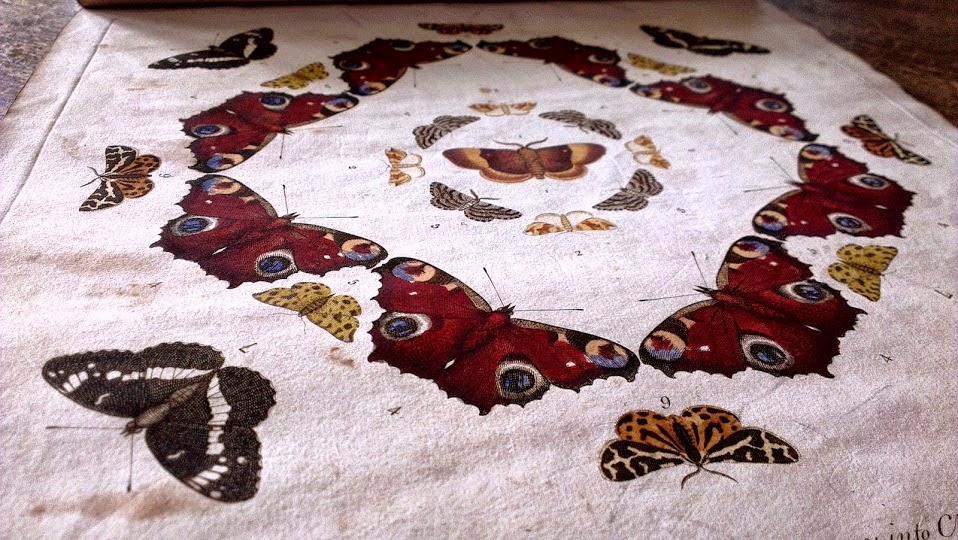 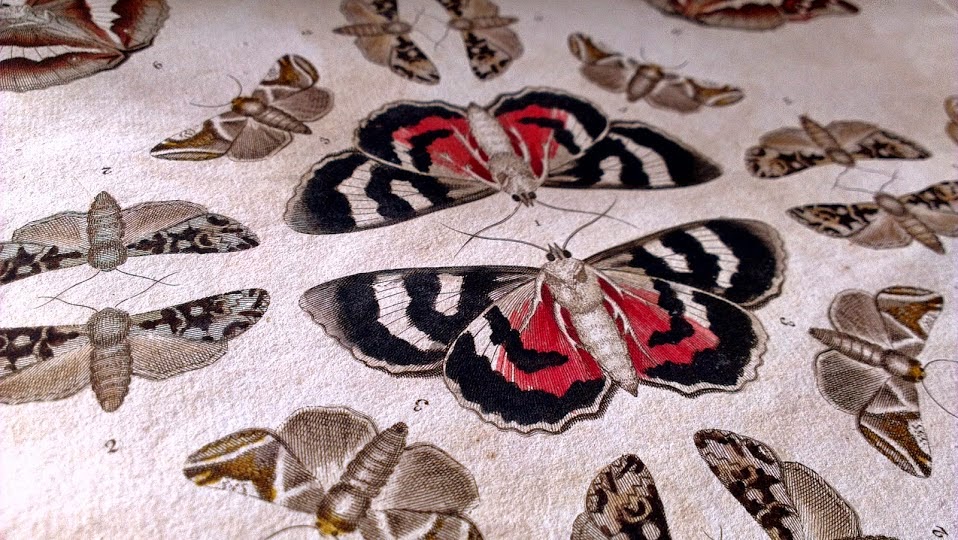 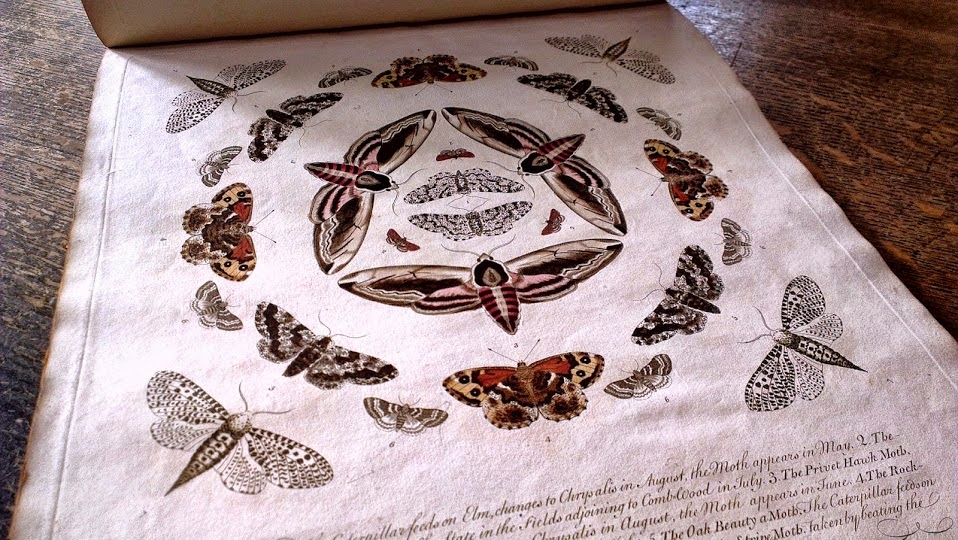 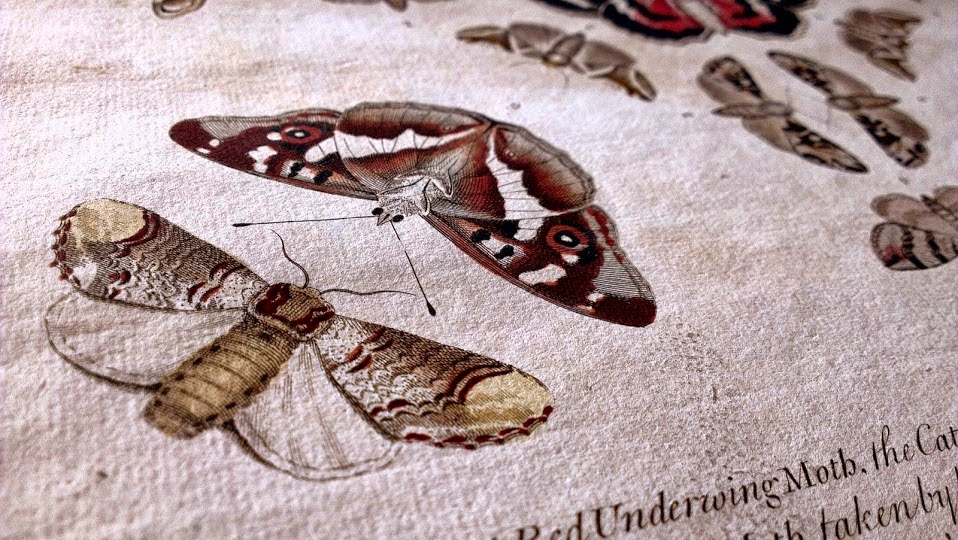 The Society of Aurelians [London], one of the oldest organized bodies of specialists in any branch of zoology. The group collected and documented insects from the 1690s but came to an abrupt end in March 1748. While members of the society were in a meeting in the Swan Tavern, a great fire broke out  in Cornhill and enveloped them. All the members escaped, but their entire collection, library, and records were destroyed. This event was documented by Moses Harris in The Aurelian; or, Natural History of English Insects (1765). The loss disheartened the group so much that they never managed to regroup again…Aurelian societies were formed several times in Britain [most notable 1762 and 1801], but each time they collapsed. 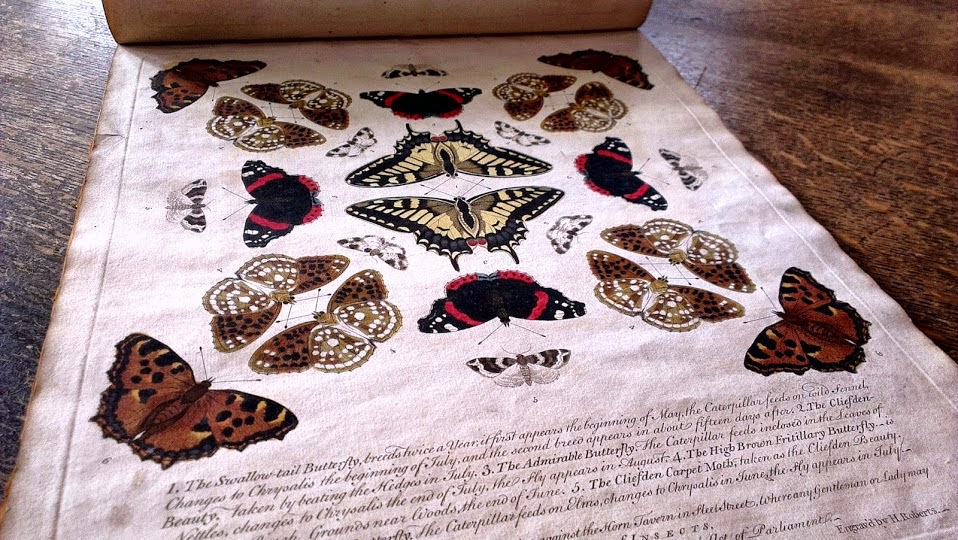 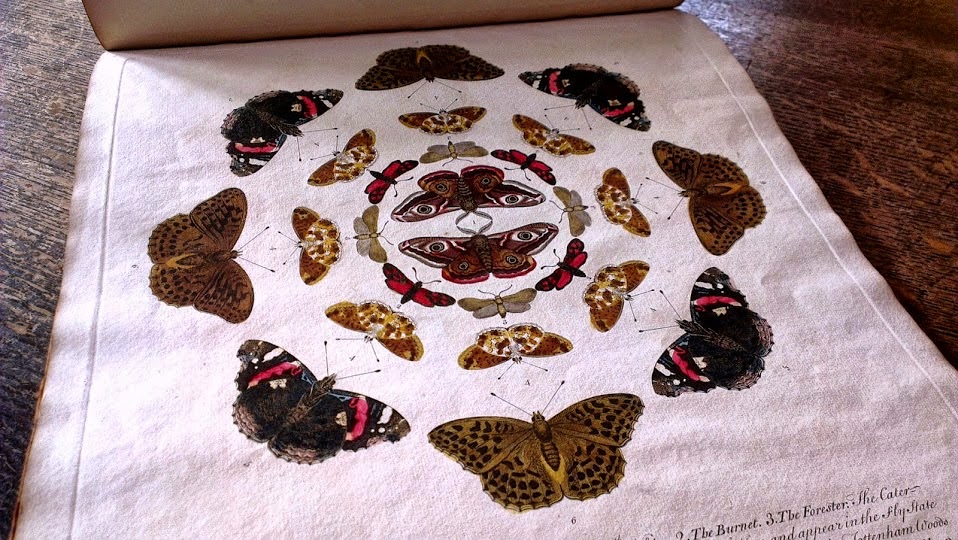 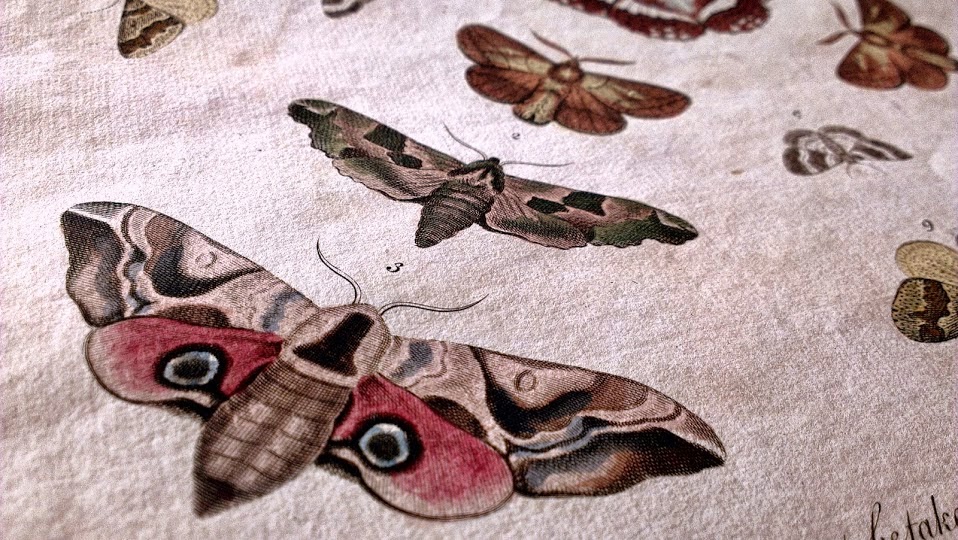 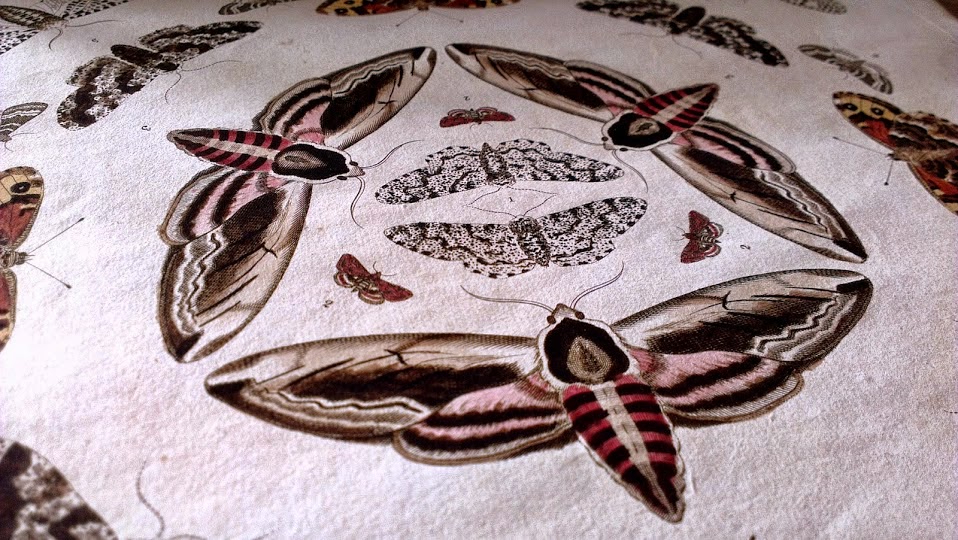 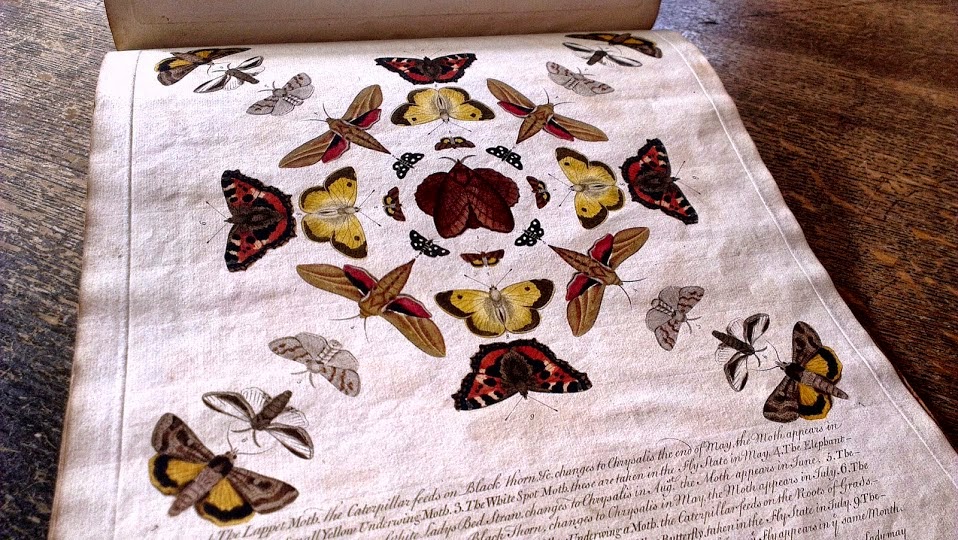 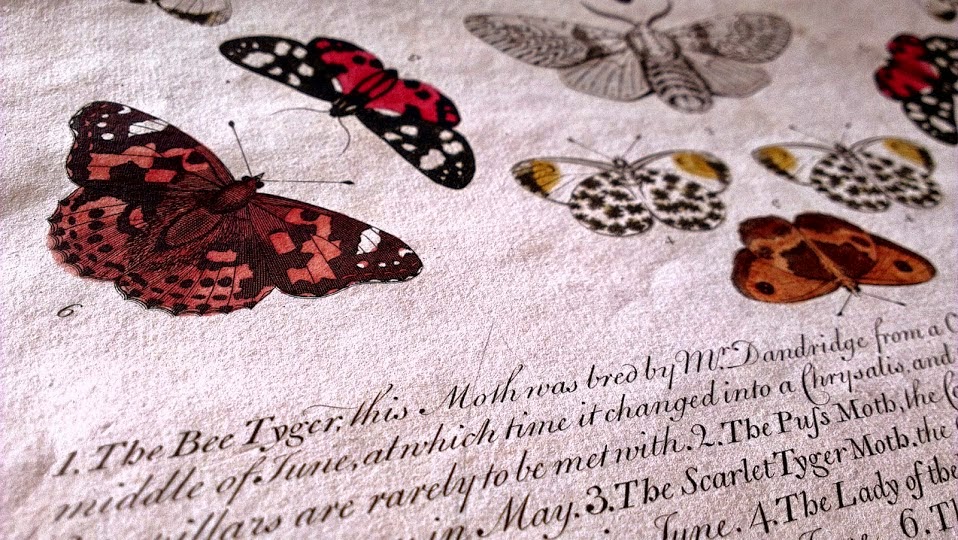 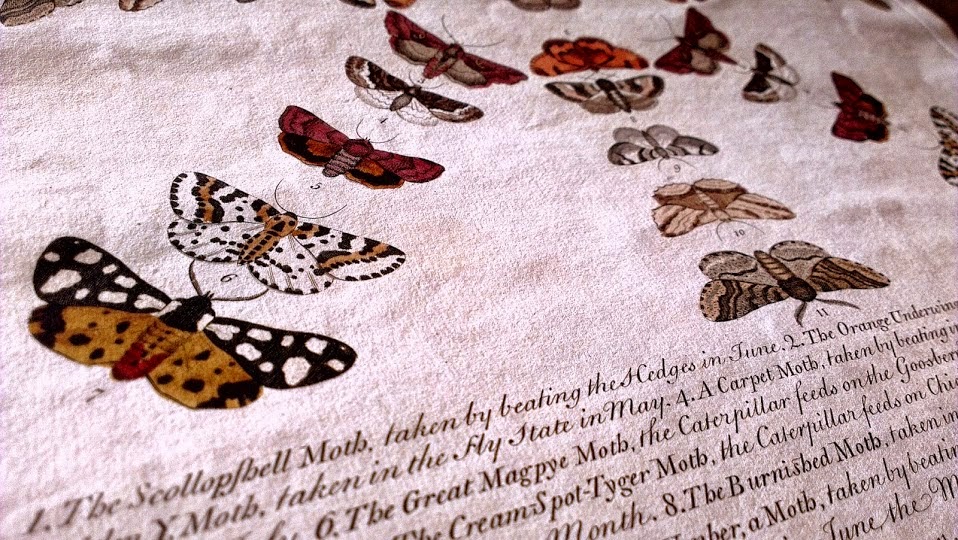 …Benjamin Wilkes was an 18th-century artist and naturalist whose profession was 'painting of History Pieces and Portraits in Oil'. When a friend invited him to a meeting of the Aurelian Society, where he first saw specimens of butterflies and moths, he became convinced that nature would be his 'best instructor' as to colour and form in art. He began to study entomology spending his leisure time collecting, studying and drawing the images larvae, pupae and parasitic flies of Lepidoptera, assisted by the collector Mr Joseph Dandridge. Wilkes' own collection was kept 'against the Horn Tavern in Fleet Street' London 'Where any gentleman or lady' could see his collection of insects [Wikipedia]. 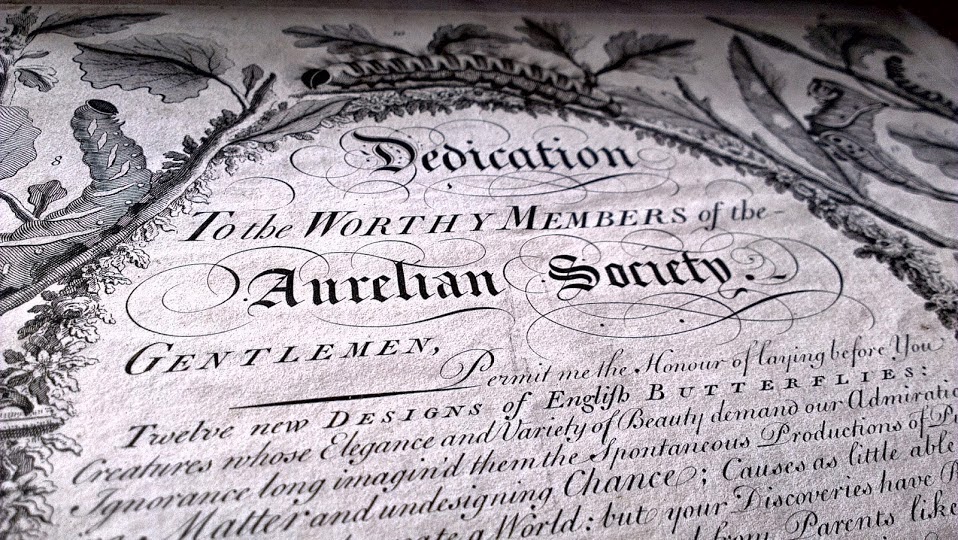 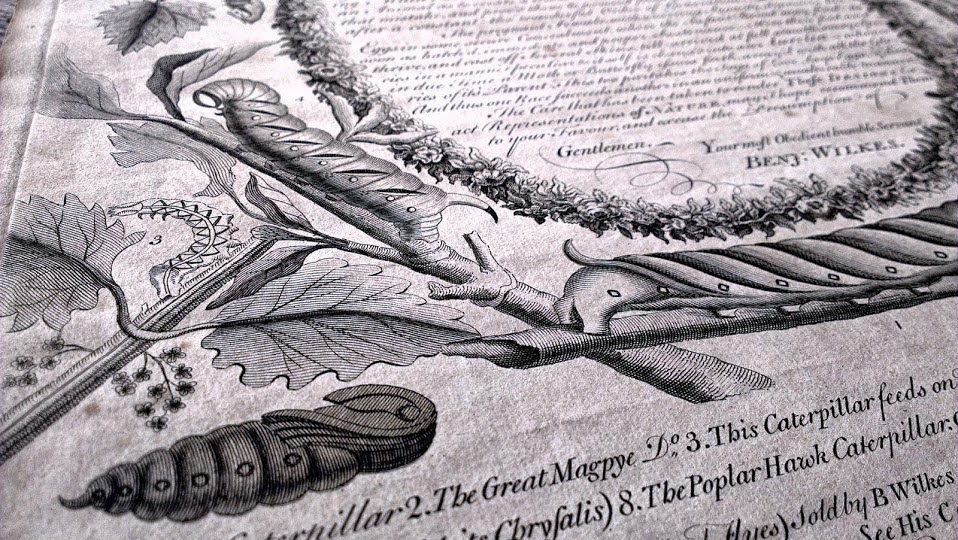 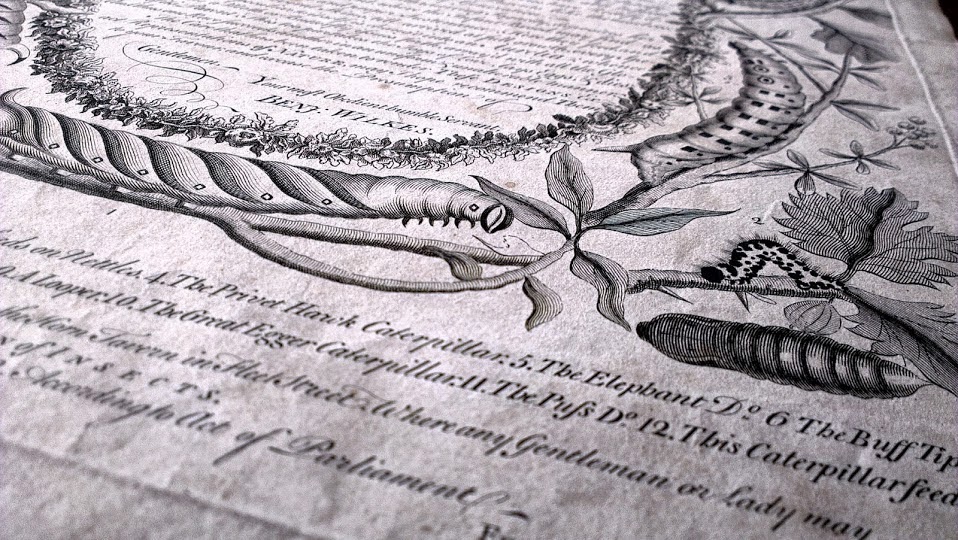 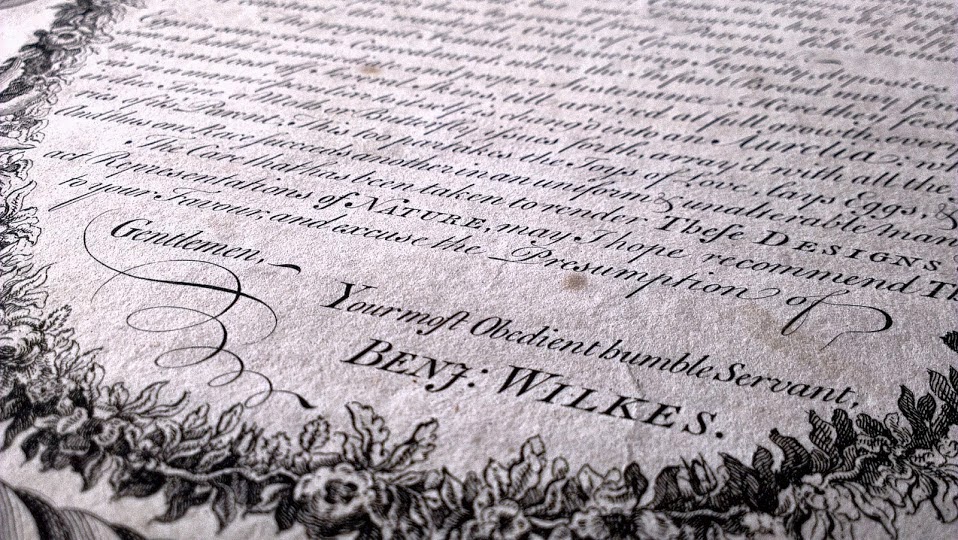 Our  holdings of other Aurelian books include:

The English Lepidoptera: or, the Aurelian's pocket companion: containing a catalogue of upward of four hundred moths and butterflies ... / Moses Harris [1775]

The aurelian. a natural history of English moths and butterflies, together with the plants on which they feed. Also .../ Moses Harris [1766]

English moths and butterflies… Benjamin Wilkes [1749] This work ran to three editions of which the last, incorporating Linnaean nomenclature, was published in 1824

The British Aurelian:  twelve new designs of British Butterflies and Directions for making a collection, with an essay by R.S. Wilkinson / Benjamin Wilkes, R.S. Wilkinson [1982]

All photographs in this post taken by the author
Posted by Jenny at 16:23 No comments: