Roots of power and herbs of healing... "remedies for weak men and nervous women" 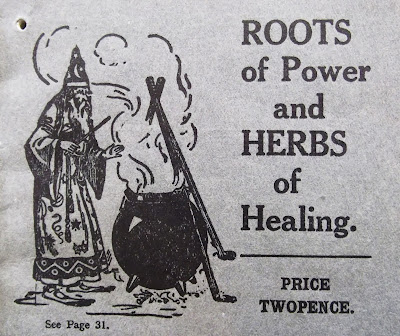 There is an odd story attached to this little booklet. Some time ago, I received a telephone call from a lady offering to donate a catalogue from an old Cardiff herbalist. It sounded intriguing and something that would fit in perfectly at the library over at our sister museum St Fagans: Museum of National History, so we gratefully accepted the offer. A few days later, the Librarian and I were weeding through a pile of old booklets and we noticed an old Cardiff herbalist catalogue [date written in red ink - 29/11/29] and I remember saying how bizarre it would be if this was the same catalogue as the one that was on its way to us. Yes, you guessed it, it turned out to be exactly the same one! We ended up keeping both copies, placing one at the St Fagans library and keeping one here at National Museum Cardiff. 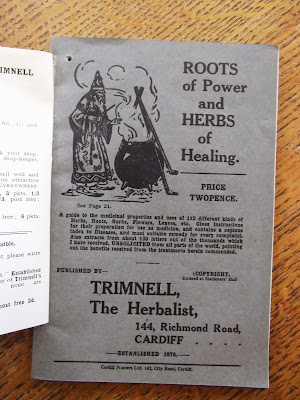 What exactly went into the herbal remedies is one mystery now most likely beyond solving [many of the ingredients are listed but not all] but it is the naive and whimsical wording of the ailments themselves that are so interesting to us now [Remedies for weak men and nervous women, Poverty of nerve force and That don't care sort of feeling spring to mind] and this naivity is illustrated further with the Disney-like wizard and his bubbling cauldron on the cover. 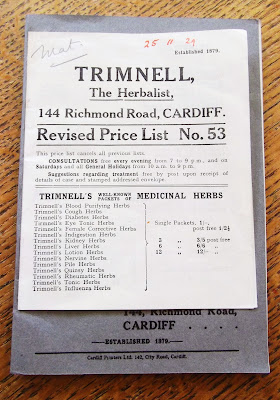 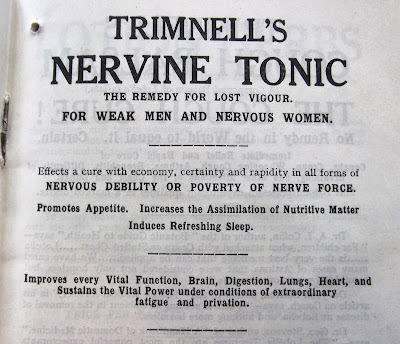 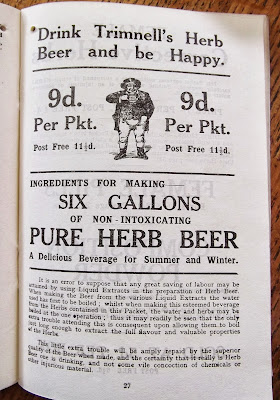 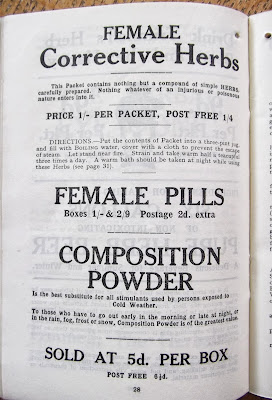 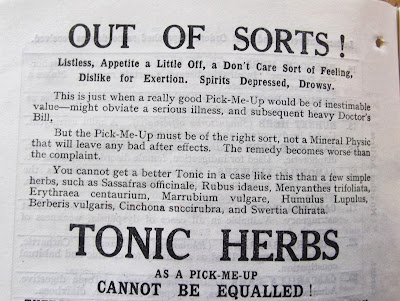 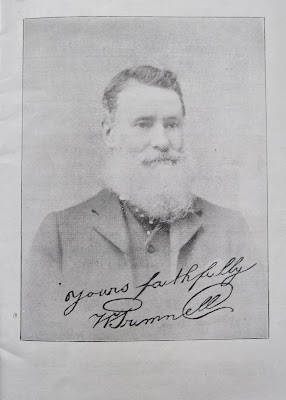 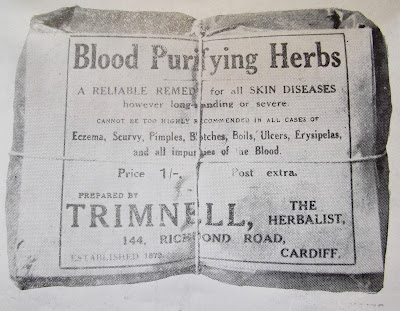 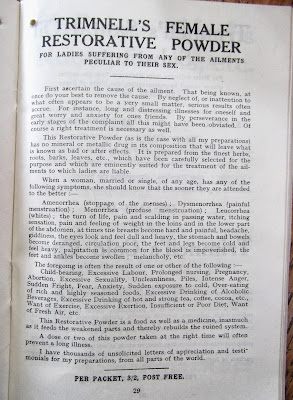 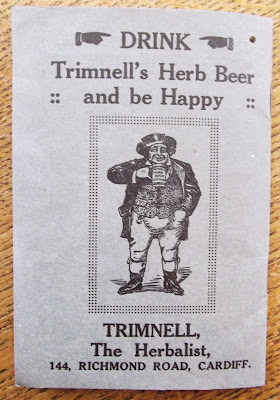 All photographs [except the Ebay one above] in this post taken by the author.