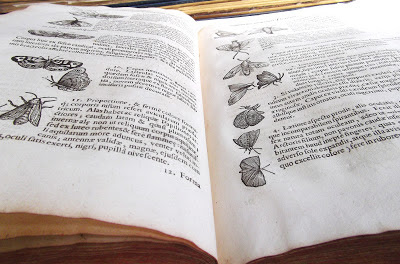 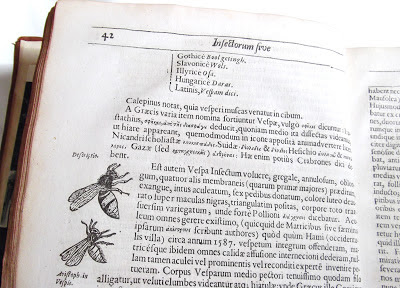 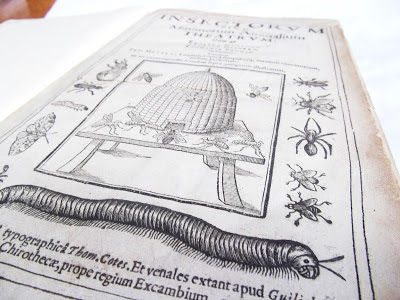 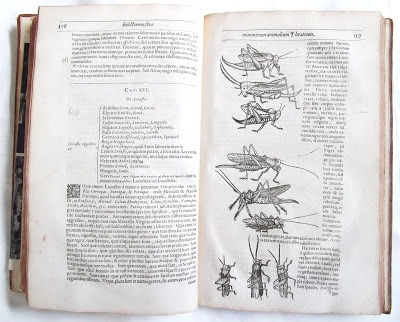 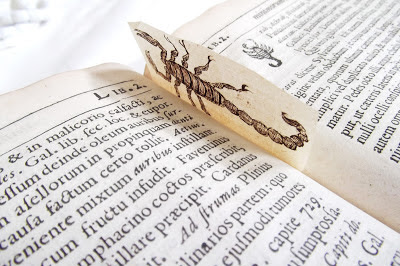 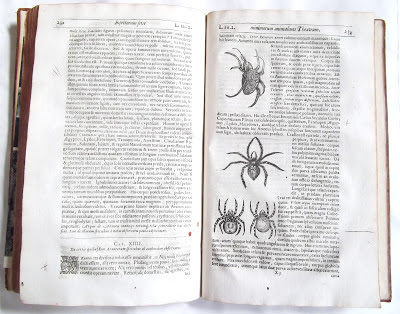 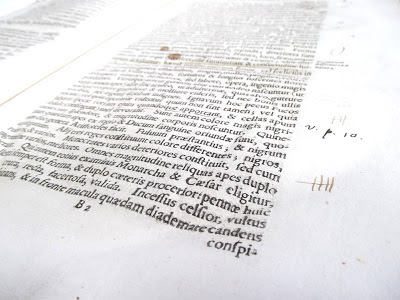 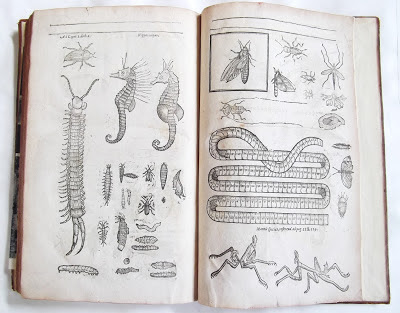 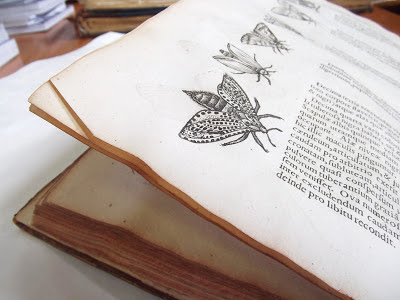 Thomas Moffet [Moufet, Muffet] (1553-1604), was a physician and naturalist. After graduating from Cambridge, he went abroad, gained the degree of MD in 1579 from Basel University and eventually established a successful medical practise in Frankfurt. In 1580 he visited Italy, where he studied the culture of the silkworm and developed an absorbing interest in entomology. By 1588 he had returned to England and secured a good practise, first in Ipswich and afterwards in London. On 22 December of that year he was admitted as a candidate of the College of Physicians, became a fellow and eventually censor. In 1589 he was appointed to a committee responsible for compiling the Pharmacopoeia Londinensis (1618) for the College of Physicians.
Moffet combined real literary aptitude with his interests in natural philosophy, publishing the lengthy poem, The Silkworms and their Flies, in 1599.
Theatre of Insects was published posthumously. In 1590 he had completed a compendious work on the natural history of insects, partly compiled from the unpublished writings of Edward Wotton, Conrad Gesner and Moffet’s friend [and fellow physician] Thomas Penny. After Moffet’s death, this still unpublished manuscript (BL, Sloane MS 4014) came into the hands of his apothecary [Darnell], who sold it to Sir Theodore Mayerne, who published it in 1634 as Insectorum, sive, Minimorum animalium theatrum. It was translated into English by J. Rowland as The Theatre of Insects, or Lesser Living Creatures and appended with the plates to Edward Topsell’s History of Four-Footed Beasts and Serpents (1658). 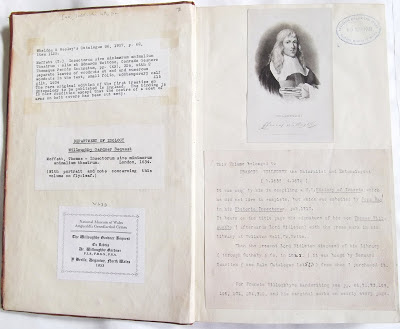 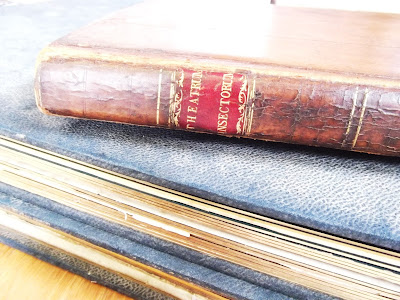 We hold quite a few copies of both the 1634 and 1658 editions; the copy photographed here is one of the earlier editions.
These books, along with many other early natural history works, were bequeathed to the Library by Willoughby Gardner in 1953 [for more details visit our website or see The Willoughby Gardner Library: a collection of early printed books on natural history, by John R. Kenyon, published by Amgueddfa Genedlaethol Cymru / National Museum Wales, 1982]
It has been supposed, on the basis of Moffet’s interest in spiders that his daughter Patience was the‘little Miss Muffet’ of the nursery rhyme; although some sources state this unlikely as the rhyme did not appear in print until 1805.
Biographical information taken from Oxford Dictionary of National Biography
Posted by Jenny at 14:19