A recent purchase and what a cracker!This manuscript diary is titled Tour of and the beginning on 22 August 1827 and consists of 55 pages of exquisite handwriting and ink sketches presumably by Eliza Rand. We say presumably as she hasn’t acknowledged herself as the author but as one of  the only two females on the tour, she mentions her sister Georgiana on p. 32, so it’s a simple enough process of elimination. The account of the tour includes several pen and ink drawings, including a view of the Havod Arms, a harper at Abergele and Beddgelert church. However, of most interest is a drawing of their guide at Cadair Idris, Richard Pugh, posing in front of his cottage, with staff in hand, wearing a goatskin 'mountain dress' and sporting a headress of goat's skull and horns! This was the traditional costume of the Welsh guides [believe it or not] but depictions of it are very rare indeed.


We hold a good selection of 18thand 19th century tours of as they are an invaluable resource of historical information. Many of them are filled with comments and anecdotes on everyday subjects such as chosen routes; care and maintenance of coach and horses, conditions of roads, personalities met en route, quality of inns, descriptions of architecture and [of course!] the weather. or example, this particular diary ends with a summary of the places visited, the number of horses used and the number of turnpikes.
It’s not in the best condition as the binding has failed and most of the pages are now loose; but for the time being, instead of re-binding, we’re going to house it in a conservation box in an environmentally controlled cabinet. 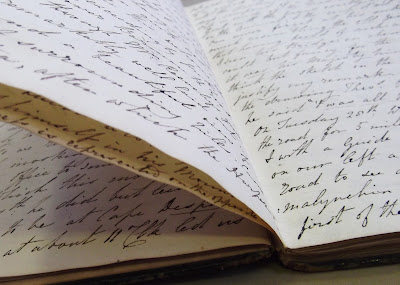 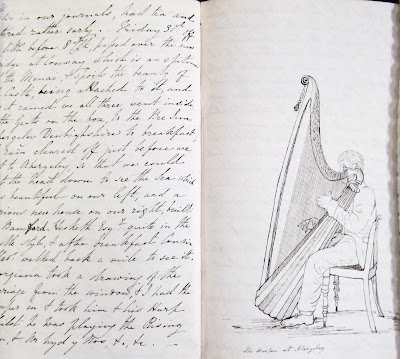 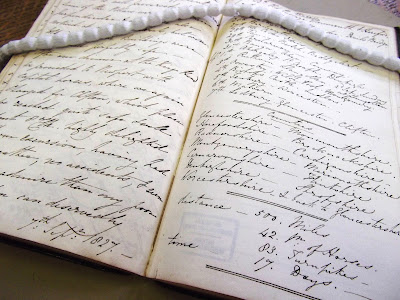 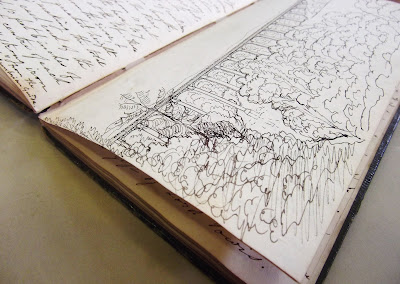 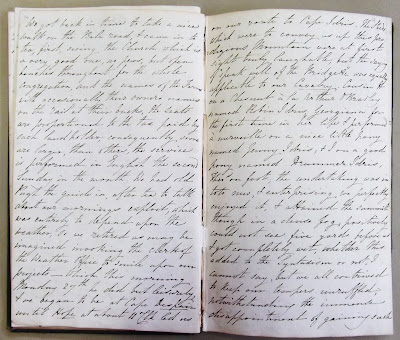 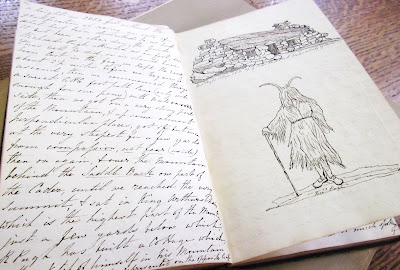 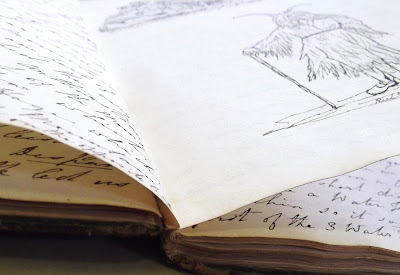 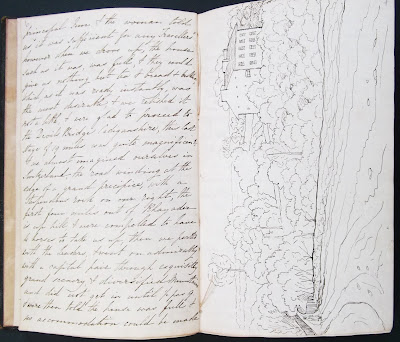 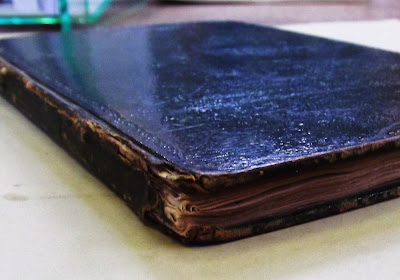 All photographs in this post taken by Squirrel Library
Posted by Jenny at 15:21